Miami-Dade Police and prosecutors have launched a criminal probe into the bridge collapse that killed at least six people, but building a manslaughter case will be extremely difficult, legal experts say.Source: www.miamiherald.com   Criminal charges a long shot in FIU bridge collapse. But lawsuits a sure thingThe collapse of the pedestrian bridge at Florida International University will spawn years of lawsuits in civil court as families try... [...]

Parkland school shooter Nikolas Cruz was formally charged Wednesday after a Broward grand jury last week indicted him on 17 counts of first-degree murder. He could face the death penalty if convicted. Source: www.miamiherald.com   Judge enters not guilty plea for Parkland shooter, who remains mum in court Surrounded by at least 20 deputies and shackled at his wrists and ankles, Nikolas Cruz appeared in a Broward County courtroom on Wednesday... [...]

$700 worth of construction/industrial equipment stolen from outside Miami home 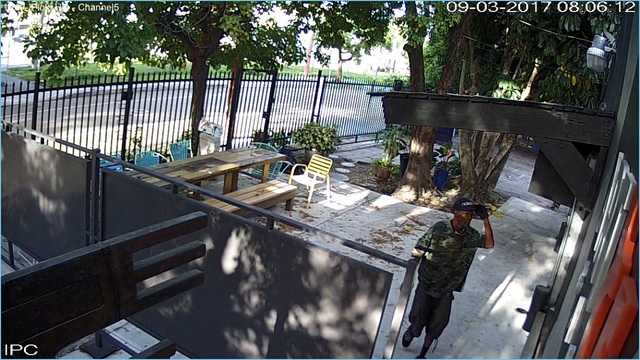 Source: www.local10.com   $700 worth of construction/industrial equipment stolen from outside Miami homeMIAMI - Miami police released surveillance video Friday that captured a man prowling outside a home in September before two large storage containers were broken into.Authorities said the victim reviewed his home surveillance system Sept. 4 and saw a man walking on his property.Moments later, the man was seen leaving in a hurry with a black... [...]