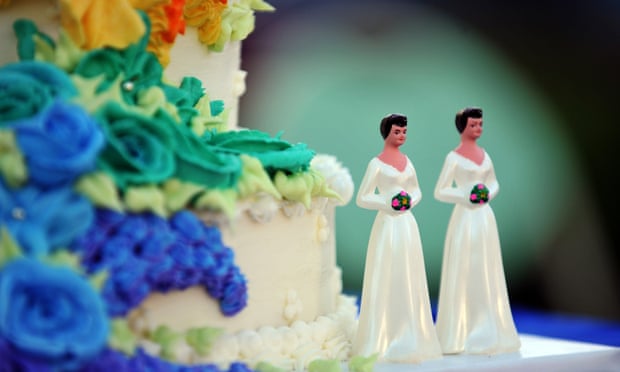 The owners of a Portland-area bakery are refusing to pay $135,000 in state-ordered damages to a same-sex couple who were denied service, despite a crowdfunding effort on their behalf having raised more than $500,000.

Melissa and Aaron Klein, owners of Sweet Cakes by Melissa, cited religious beliefs when they refused to bake a wedding cake for Laurel and Rachel Bowman-Cryer more than two years ago.

State labor commissioner Brad Avakian awarded the damages in July for emotional suffering, saying the owners had violated the women’s civil rights by discriminating on the basis of their sexual orientation.

The Kleins have filed an appeal of the ruling and are defying the order to pay. They are claiming financial hardship despite the crowdfunding efforts on their behalf, the Oregonian newspaper reported.

The couple closed the Gresham store in 2013 and now operate the business from home.

“It’s difficult to understand the Kleins’ unwillingness to pay the debt when they have, very publicly, raised nearly a half million dollars,” state labor bureau spokesman Charlie Burr told the Oregonian in an email Wednesday.

“They are entitled to a full and fair review of the case, but do not have the right to disregard a legally binding order.”

A lawyer for the Kleins, Anna Harmon, told the Oregonian she couldn’t comment about her clients’ actions, citing the ongoing litigation.

A 2007 Oregon law protects the rights of gays, lesbians, bisexual and transgender people in employment, housing and public accommodations. It provides an exemption for religious organizations, but the agency ruled that exemption does not allow private businesses to discriminate against potential customers.