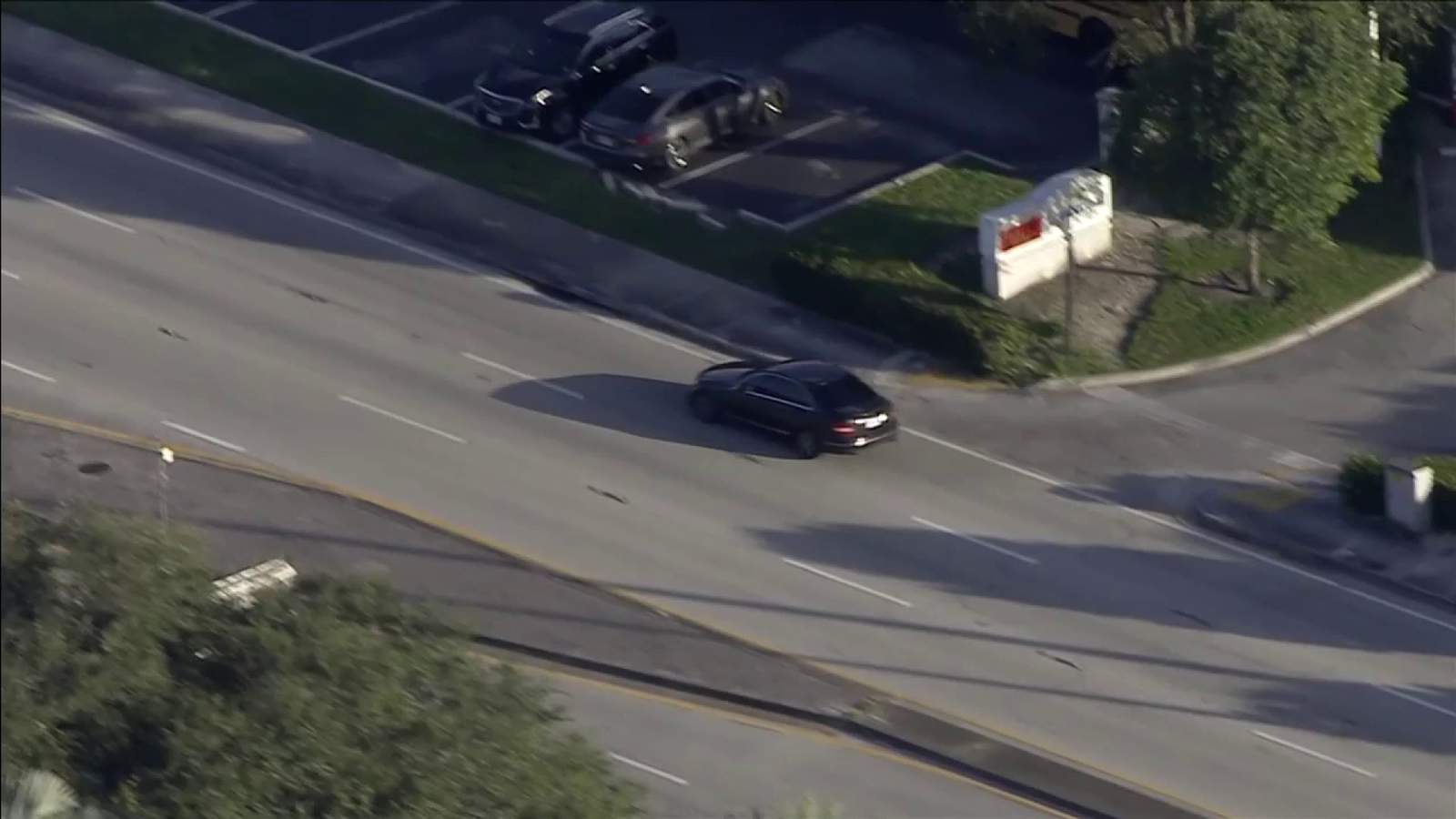 HOLLYWOOD, Fla. – Police followed a stolen car, which turned into a chase that ended in Broward County and created an active scene on Sheridan Street in Hollywood around 4:45 p.m. Tuesday.

Miami-Dade police detectives spotted what they said was “a suspicious vehicle” and, as they got behind it and ran the license tag number, they discovered the car had been reported stolen and used in a robbery.

Sky 10 was over the scene as the driver exited off of Interstate 95, then stopped the car. Someone bailed out of a black Mercedes-Benz sedan and took off running in a residential area.

According to reports on the ground, a K-9 unit sniffed out the suspect hiding in a shed.

Two men were seen handcuffed on the side of the road on Sheridan Street.

Local 10 is gathering information as to what led to this chase and arrests.