Chemerinsky: 2 Texas cases before SCOTUS could have big implications for race in the US 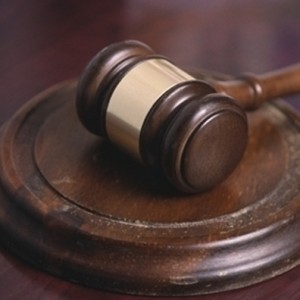 Chemerinsky: 2 Texas cases before SCOTUS could have big implications for race in the US

During the week of Dec. 7, the Supreme Court will hear arguments in two of the most high profile and likely most important cases of the term. On Tuesday, Evenwel v. Abbott will be argued, which concerns how voting districts should be drawn for state and local elected bodies. On Wednesday, the court again will hear arguments in Fisher v. University of Texas, which is about what public colleges and universities must prove in order to engage in affirmative action. Interestingly, in both cases, politically conservative challengers are asking the court to overturn actions by the state of Texas that have potentially great implications for race in the United States.

More than 50 years ago, the Supreme Court articulated the principle of “one person, one vote.” This has been understood to mean that for any elected body, all districts must be about the same in population. Prior to the 1960s, many state legislatures were badly malapportioned with large variances in the population of their districts. Chief Justice Earl Warren said that of all the decisions in his tenure on the court, the cases ensuring proper apportionment were the most important. This was an area where the political process never would correct itself. Legislators who benefited from the malapportionment were not going to voluntarily redraw election districts to remove themselves from office.

Texas, like every state, follows the principle of “one person, one vote,” and there is approximately the same population for all districts for the Texas House of Representatives and likewise for all districts for the Texas State Senate. But the challengers in Evenwel v. Abbott argue that districting should be based on the number of eligible voters, not the number of residents. The challengers contend that apportionment of the Texas legislature based on population dilutes their votes in relation to voters in other districts.

The case raises many important issues. What is the relevance of constitutional provisions that explicitly state that districts for the United States House of Representatives must be based on population? Section 2 of the 14th Amendment says: “Representatives shall be apportioned among the several states according to their respective numbers, counting the whole number of persons in each state, excluding Indians not taxed.” Can it be that the equal protection clause in Section 1 of the 14th Amendment forbids states from using the very approach in drawing election districts that Section 2 of the 14th Amendment requires for congressional districts?

What weight should be given to the practical consideration that there is a measure of the number of residents through the census, but not a reliable measure of eligible voters? Who should an elected official be seen as representing, all who reside in the area or only those who are eligible voters?

One possibility would be for the Supreme Court to leave this to the states to decide for themselves. That is seemingly what the court ruled in Burns v. Richardson in 1966, which upheld the state’s use of voter data to draw and election districts. The court declared that states could choose for themselves how to draw districts because the decision “involves choices about the nature of representation with which we have been shown no constitutionally founded reason to interfere.” But the court also noted in that case that relying on voter data did not lead to different results from relying on population in drawing election districts.

If the challengers prevail, it will have a dramatic effect in places where there are a substantial number of non-citizens or those who are ineligible to vote. These individuals are often racial minorities. In Los Angeles, for example, it would significantly change districting for both the City Council and Board of Supervisors, as well as the districting for both houses of the California legislature. This would be true in many places across the country, making the case of potentially great political and racial significance.

To create racial diversity, the University of Texas adopted a program for its undergraduate admissions of accepting the top 10 percent from each high school in the state. This accounted for about 75 percent of the freshman class. But the University quickly saw that this did not produce sufficient diversity. In 2004, there were fewer African-Americans and Latinos at the University of Texas than there had been in 1996, despite tremendous growth in the Latino population in Texas.

The university then adopted a policy where race would be considered as one factor among many in admitting the remaining 25 percent of each class. An admissions score was calculated for each student based on two numbers. One was an academic index, which was a product of a student’s grades and test scores. The other was a personal achievement index which was calculated based on the assessment of two admissions essays and a personal achievement score. Racial diversity was one of seven factors in determining this score.

The policy was in accord with the Supreme Court’s 2003 decision in Grutter v. Bollinger, which concluded that colleges and universities have a compelling interest in having a diverse student body and may use race as one factor in admissions to benefit minorities and enhance diversity. The district court and the 5th Circuit upheld the Texas admissions plan based on Grutter.

The case is of obvious great importance to the future of racial diversity in colleges and universities. But there is strong reason to question whether, even at this late stage in the litigation, the Supreme Court can hear the case. The lawsuit was brought by Abigail Fisher, a white woman, who was denied admission to the University of Texas in 2008. She enrolled in and graduated from Louisiana State University in 2012. She is the only plaintiff and she admits that she no longer has a claim for injunctive or declaratory relief. Her only injury is the $100 she paid for an application fee to the University of Texas. But she would have paid that regardless of whether she was admitted or rejected. Thus, it is highly questionable whether she has standing to sue. Also, the defendants are the state of Texas and the Regents of the University of Texas, being sued in their official capacity. The 11th Amendment bars suits against them in federal court for money damages.

If the Supreme Court reaches the merits, the absence of Justice Kagan could matter greatly. Four justices—Chief Justice Roberts and Justices Scalia, Thomas, and Alito—likely would vote to overrule Grutter v. Bollinger. Justices Scalia and Thomas dissented in that case. In Parents Involved in Community Schools v. Seattle School Dist. No. 1 in 2007, Chief Justice Roberts wrote an opinion rejecting diversity as a compelling interest, arguing that the Constitution requires that the government be color-blind in its decisions. Justices Scalia, Thomas, and Alito joined.

Conversely, Justices Ginsburg, Breyer, and Sotomayor almost surely will vote to uphold the Texas plan and to reaffirm Grutter. Justices Ginsburg and Breyer were in the majority in Grutter and Justice Sotomayor expressed her strong support for affirmative action in a dissenting opinion in Schuette v. Coalition to Defend Affirmative Action, in 2014.

So, like much on the current court, it all comes down to Justice Kennedy. If he joins Ginsburg, Breyer, and Sotomayor in voting to uphold the Texas affirmative action plan, the 5th Circuit will be affirmed, without opinion, by an evenly divided court. Or Justice Kennedy could be part of a five Justice majority to reverse the 5th Circuit and hold that more must be done to prove that there is no race-neutral alternative which can achieve diversity. There also is the possibility that Justice Kennedy could join with Roberts, Scalia, Thomas, and Alito to overrule Grutter v. Bollinger. Justice Kennedy dissented in Grutter and was the fifth vote for the majority in Parents Involved, though he did not join the parts of Chief Justice Roberts’ opinion that rejected the importance of diversity and declared that the Constitution requires that the government be color-blind.

At a moment when great attention is being paid to race in American society, these two cases have potentially enormous implications with regard to race in the political process and in education. Both are expected to be decided by the end of June 2016.