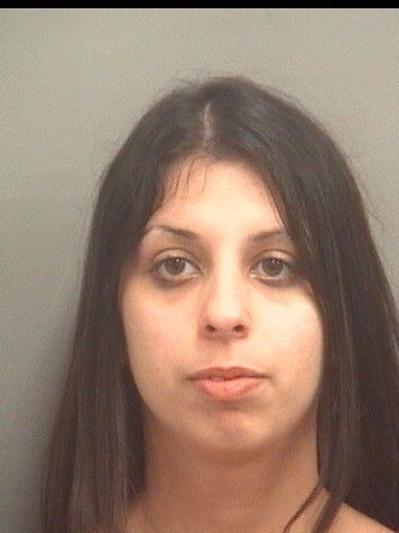 A 31-year-old Coconut Creek man was kidnapped, robbed and killed after meeting up with a woman who advertised herself as an escort on Backpage.com, deputies say. Koral Ben Shimon, 20, who wrote on

the website that she was “looking to have an amazing time,” admitted setting Gustavo Cabral up to be robbed by two armed men, according to a Palm Beach County Sheriff’s Office arrest report.

He ended up shot in the head in the garage of an abandoned Lake Worth house, though it’s not clear who pulled the trigger.

Ben Shimon, of Greenacres, was arrested Wednesday, joining alleged accomplices Ilmart Christophe and Jefty Joseph, who are already in jail in connection with the Dec. 1 murder. All are charged with homicide.

The two men, both 20 and from Lake Worth, have each blamed the other for the shooting, their arrest reports said. Ben Shimon told investigators she didn’t know Christophe and Joseph planned to kill Cabral and wasn’t there when he was shot.

The Sheriff’s Office got a call about the shooting soon after it happened around 9:30 a.m. on Dec. 1. Witnesses told deputies three men went into the abandoned house on the 5900 block of Ithaca Circle West and shots were fired. Only two of the men came out, they said.

Christophe and Joseph were tracked down and arrested that day. They told a different story about how they met the victim.

Joseph claimed he ran into Cabral, an acquaintance from childhood, at the Seminole Hard Rock Casino and the two went to Lake Worth to buy drugs. They picked up Christophe and went to the house where Cabral was shot.

But cellphone and banking records, a motel room key found on Joseph and surveillance footage pointed to Ben Shimon’s involvement and a second version of events.

Cabral went to Ben Shimon’s Super 8 motel room just after 5 a.m. on Dec. 1. Christophe and Joseph sprung out of the bathroom, masked and armed. They tied Cabral up, took his wallet and forced him to increase the limits on his credit cards, the report said.

He was “so scared he could hardly talk,” Ben Shimon told deputies on Tuesday. She said he begged for his life and the men told him he would be killed if he didn’t cooperate.

Christophe and Joseph brought Cabral to his car and, with Ben Shimon following behind, drove to banks where Cabral was forced to take out cash. Ben Shimon said she lost sight of Cabral’s car and went to Ilmart’s mom’s house to wait.

If you, a friend or a family member find themselves in a situation such as this, please call the Law Office of Scott A. Ferris, P.A. at 305 670-3330 right away. Scott A. Ferris, Esq. is a licensed criminal law attorney who has been practicing law since 1987. He is available whenever you need him to defend your rights. Please learn about our firm at www.FerrisLawFirm.com.