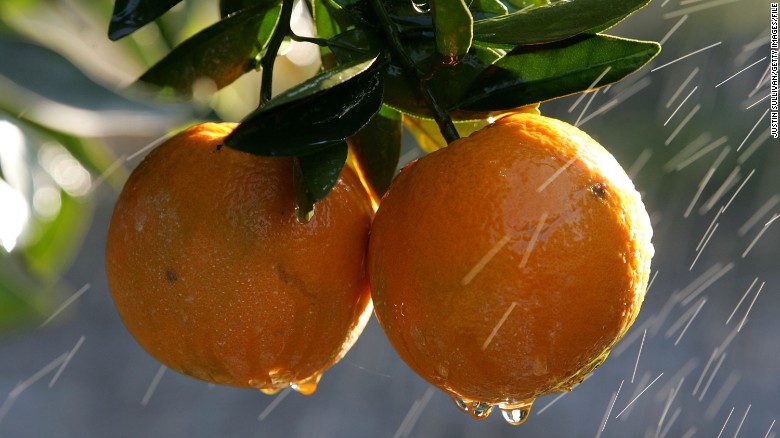 (CNN)Perhaps he had an insatiable appetite for oranges. Or maybe he was just trying to squeeze a serious profit.

Whatever the reason, a Florida man allegedly stole 4 million pounds of citrus, the state department of agriculture said Friday. That’s more than $540,000 worth of produce.

Officials said Bradley D. Reiter, owner of Reiter Citrus Inc., entered into contracts with several grove companies and a resident to buy and remove citrus from their land — but he never paid for the fruit.

As it turned out, Reiter didn’t even have a license to deal citrus, the Florida Department of Agriculture and Consumer Services said.

He also entered a resident’s grove without permission and removed 180 boxes of citrus, the agriculture department said. Officials said Reiter Citrus Inc. gave the resident a check worth only half the actual value of the fruit.

Reiter was arrested and booked into the Polk County Jail and faces several charges, including scheme to defraud, grand theft and dealing citrus without a license, the agriculture department said.

It was not immediately clear what happened to the 4 million pounds of fruit.