Florida rapper on the rise was pulled over for drag racing. Then cops searched his car 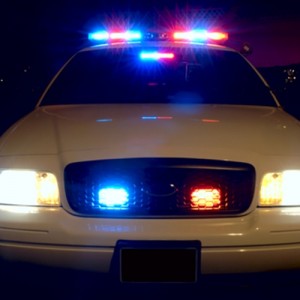 Rising Florida rapper Glokknine is in a bit of legal trouble.

The Orlando resident, born Jacquavius Smith, was arrested on Wednesday on a variety of charges.

According to Orange County Clerk’s Office records, Smith was booked for multiple charges, including possession of a concealed weapon by a convicted delinquent, grand theft in the third degree, and possession of less than 20 grams of marijuana.

The “10 Percent” singer’s career was on the rise.

In August, Glokk, as he is known, reportedly signed a recording contract with Birdman and Cash Money Records. rumored to be in the $2 million range. He is just 18.

According to an arrest report from the Orlando Police Department, an officer spotted Smith drag racing his orange Dodge Challenger with another Dodge Challenger at rates of up to 100 mph around 1 a.m. Wednesday.

The cop pulled over Smith, but the other car was able to get away.

His vehicle had the strong odor of cannabis, according to the report, and the officer conducted a probable cause search.

The search found ground cannabis, as well as a black Glock 27 .40-caliber loaded with an extended magazine and 10 rounds between the center console and driver seat. A run of the serial number revealed it was stolen.

Asked if he had anything else, Smith admitted he had “weed in his underwear.” A search revealed he was telling the truth. His drawers revealed a “green leafy substance immediately identified as cannabis.” It weighed approximately 27 grams.

In 2015, Smith was arrested at the age of 15 for accidentally shooting a 17-year-old and convicted of aggravated battery with a firearm and unlawful discharge of a firearm.