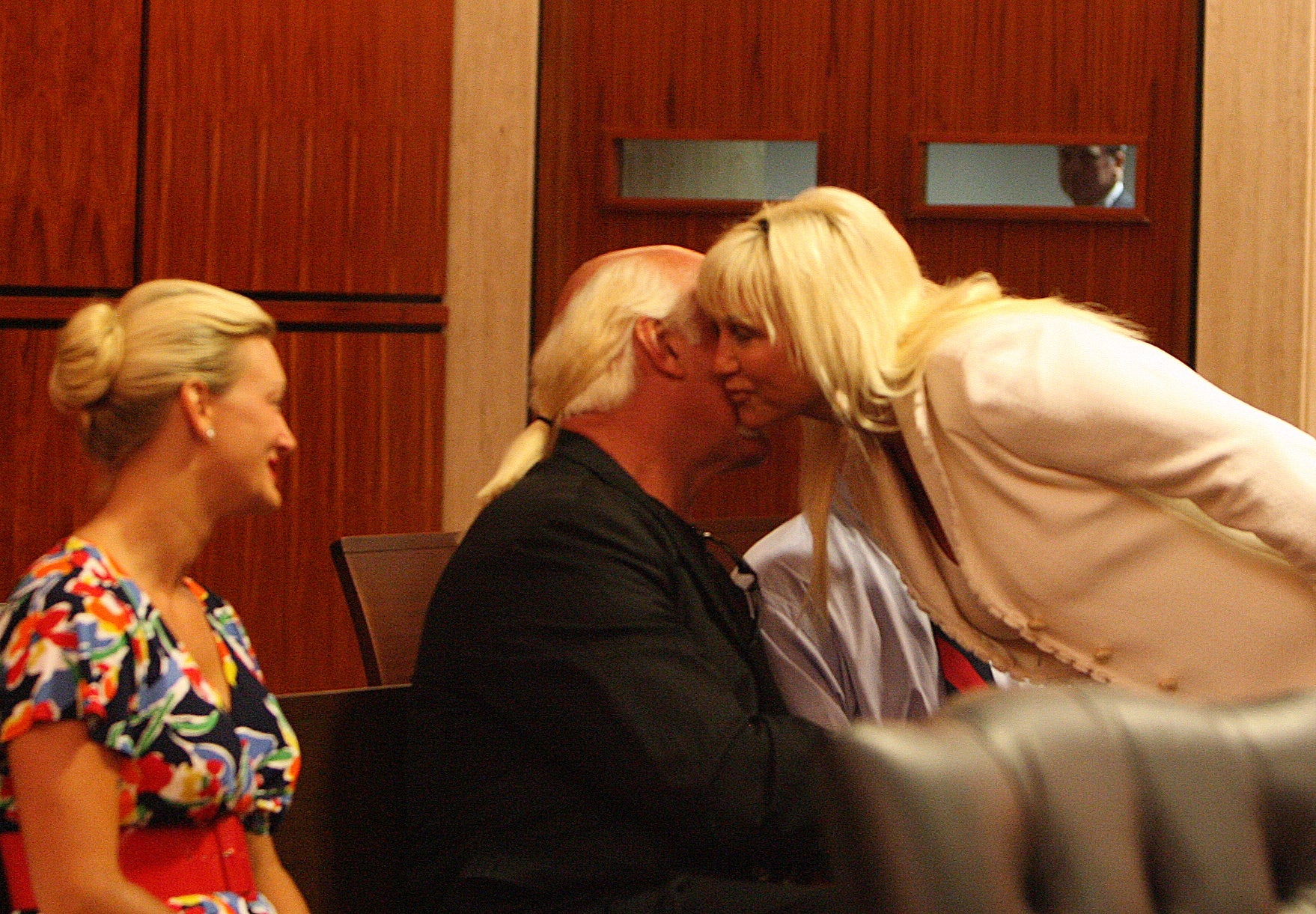 “Hulk Hogan” Bollea and wife Linda called it quits in 2007, yet the two have continued to battle it out in court over a number of issues.

Fargo branch he frequented should have advised him that he needed an advanced level of insurance to protect his assets. Hogan revised the suit to also name his ex-wife as a defendant, alleging that as his business manager at the time, she should have “adequately protected” the family’s assets and that she has a “fiduciary duty under Florida law” to educate herself on potential liabilities.

The suit was in relation to his son Nick Hogan’s 2007 accident, in which he crashed one of Hogan’s cars, leaving passenger John Graziano in a vegetative state. The Graziano family later sued Hogan for negligence and direct liability, and although the terms and finances of Hogan’s settlement with the Graziano family were not disclosed, his automobile insurance was limited at $250,000 per injured person.

Hulk claimed that the excess settlement money paid out-of-pocket was a result of the other parties not fulfilling their duties adequately.

Rafool claimed that Hulk was seeking millions from Linda, but the judge granted their request to have the case against her dismissed. We’re told the judge recognized and accepted that the marital settlement agreement signed by Hulk during divorce proceedings clearly released Linda from any associated liabilities.

“The parties’ Confidential Marital Settlement Agreement (CMSA), dated July 29, 2009 and the release provided is clear and unambiguous,” reads the Final Judgment Summary. “The Court does not know how the releases in the CMSA and the Graziano Related Settlement Agreement and Release could be any more comprehensive than they were.”

But that’s not where the legal hoopla between the former flames ends. In December, Hulk filed a defamation suit against Linda, claiming that she lied about him in her autobiography and during a series of promotional interviews.

“We’re just now getting into litigation with that, but we aren’t concerned at all,” Rafool added. “Hulk is just trying to get some money back.”

A rep for Hulk did not immediately respond to a request for comment.

How We Can Help
If you, a friend or a family member find themselves in a situation such as this, please call the Law Office of Scott A. Ferris, P.A. at 305 670-3330 right away.  Scott A. Ferris, Esq. is a licensed civil law attorney who has been practicing law since 1987.  He is available whenever you need him to pursue your rights.  Please learn about our firm at www.FerrisLawFirm.com.