A Long Marriage Is Not An Achievement 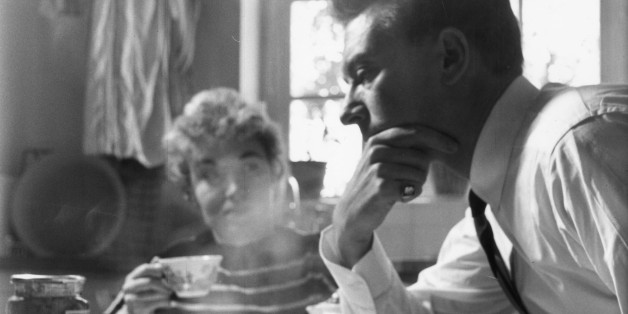 A Long Marriage Is Not An Achievement

Back in the olden days when people still read newspapers, I was involved in producing a special tabloid for the paper where I was employed as a reporter.

The tabloid, however, was a smash hit with numerous pompous letters to the editor thundering about the marvellous example presented by the Half Century Club.

Amid all the clichés about how 50 years of marriage was an achievement (really? Surely it’s just a case of marrying young and living long enough, which is mostly genetics and modern medicine) and how walking away was the easy option (only people who’ve never done it think that) I smiled to myself and thought that one day I’d write what I really wanted to say about the collection of old souls, dear and otherwise, I met.

It wasn’t the length of their marriages that left an impression on me. It was the state of them.

Some of the couples were absolute darlings. One gorgeous lady visited her husband daily in their local rest home, as she was unable to care for him. “I’m just happiest when I’m with him,” she said. Her husband, bless him, was away with the fairies but her contentment in his company spoke of 50 years of being treated kindly.

Another man told me that marriage was give and take. I stifled an eye roll, until he added “I give and she takes,” while grinning at his wife, who twinkled back.

A reality check came in the form of a frosty pair who sat stiffly as I tried frantically to coax some words of wisdom from their pursed lips. “We made vows,” the wife finally spat, somewhat venomously, with barely a glance at her equally frozen husband next to her.

“Our generation didn’t walk away.” I wasn’t sure anyone else would have taken either of them if they did, so it was probably a good move. Why they had agreed to participate in a tabloid celebrating marriage when they clearly couldn’t stand each other baffled me.

More than 20 years later, I understand that they thought staying married was the praiseworthy bit. The milestone was what mattered and actually being happy was irrelevant.

Single parents have a lot of time to ponder where they went wrong. Much is made of the damage that can be done to children from breaking up the parents’ relationship (being raised in a fucked-up marriage has paid for the Porsche of many a psychiatrist, but nobody mentions that).

Some people think that their successful marriages mean they are somehow superior, and make better choices. Single parents know this, because we meet these people quite often, and they love to tell you how they’ve succeeded where you’ve failed.

I often think of those couples from all those years ago and can’t really bring myself to believe that they stayed together for 50 years because they were so blessed with superior intellect in their late teens that they chose the perfect partner. That theory fails to explain Mr and Mrs Frosty, anyway.

More than likely, luck played a part. Sure, they’ve had times where they’ve had to put in the hard yards. But they’ve rolled the dice on someone still being decent in several decades’ time, and it worked. You make a choice to be a decent person and put some work into your marriage … but you take a chance that the other person will do the same.

My happily married friend reckons if it was hard work all the time, she’d be gone. They’re happy because it’s not. They genuinely like each other, and that’s a pretty good anchor for the life they’ve built.

In my dotage, I’ve learned some things, and perhaps the most important is this: Don’t tell me you’ve been married for X number of years and wait for the praise. You won’t get it. But speak kindly of your other half, show with your words and deeds that they are your favourite person and I’ll put you on my Christmas card list.

Damage to my kids be damned. If I can somehow instil in them that having a partner isn’t the measure of success, but that the quality of the relationship is, I’ll consider it a job well done.