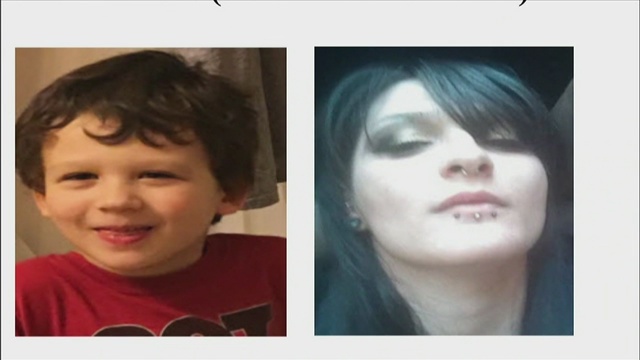 COCONUT CREEK, Fla. – An Amber Alert was issued Monday for a missing Coconut Creek child believed to have been abducted by his mother, who does not have custody of him.

Tiffany Kiley, 29, telephoned the court during a custody hearing for her son, Julian Kiley, 5, later in the morning and said that she was in Leesburg and was going to turn herself in at a police station and hand over her son.

Kiley was emotional during the hearing and said that she doesn’t want to go to prison.

“I’m scared. I don’t want to go to jail. I just want to get my kid home,” Kiley said on the phone. “I was going to go to the police station.”

“OK, well, I strongly suggest that you go ahead and do that,” a Broward County judge replied.

Coconut Creek police said Florida Department of Law Enforcement agents met up with Kiley and took her to the Lake County Jail. She is expected to be charged with interference with the custody of a minor and burglary of an occupied dwelling.

They said Julian was found in good condition and was taken by investigators from the Florida Department of Children and Families, who returned him to his aunt, Stephanie Kiley, who has primary custody of him.

Julian was reported missing about midnight Monday from his aunt’s home in the 4100 block of Northwest 62nd Court.

Stephanie Kiley said she doesn’t know how her sister got inside, but said she fought to keep her sister and nephew from leaving.

“We’re both scrambling around and next thing you know, me and her are at the front door (and) she’s telling him to run out, and my husband’s running after him,” Stephanie Kiley said, adding that she’s had custody of Julian for two weeks.

Julian’s aunt told Local 10 News that the hearing to discuss the temporary custody agreement was scheduled before Julian was taken by his mother.

“She snuck into the house,” Stephanie Kiley said. “I had just said goodnight to my nephew for the second time to check on him. I just had a really itchy feeling that he was not… something just told me that something wasn’t right today.”

Police issued an alert for two cars the mother and son might have been traveling in: a silver, two-door pick-up truck or a silver, four-door Toyota Corolla. Both cars have Virginia license plates.

Tiffany Kiley was initially believed to be attempting to take her son to Virginia, heading northbound on either Florida’s Turnpike or Interstate I-95, but during the hearing she said she was headed to Massachusetts.

Stephanie Kiley made the three-and-a-half hour drive from Coconut Creek to Leesburg to reunite with Julian.

The two hugged and smiled for cameras upon seeing each other.

Local 10 News learned that Julian might have a learning or developmental disability and his mother claims she was just trying to get him home to Massachusetts where he has doctors and other relatives to help him.

Police said Kiley was found in the pickup truck driven by an acquaintance of hers, Ronald Rouse. It’s unclear whether Rouse will also face charges.