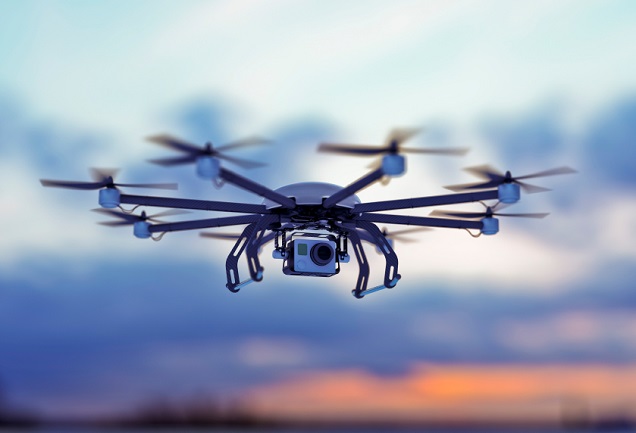 “Is your daughter stalked by like drones? Are there drones flying where she’s trying to learn how to swim at age 1?” asked Kanye West after a paparazzo used a drone to watch North West, Kim Kardashian’s and Kanye’s daughter, in the couple’s backyard pool.

Paparazzi using drones — the so called “dronerazzi” — are using them to learn whether celebs are home, what time they take their kids to school, and when they walk the dog. Not long ago, Miley Cyrus videoed a paparazzi drone as it flew over her Hollywood home. Actress Jennifer Garner complained about drones flying above her back garden.

The intrusiveness of the paparazzi is nothing new. Federico Fellini believed the paparazzi to be like buzzing insects, so much so that in his 1961 film, La Dolce Vita, he named a character playing a photographer “Paparazzo.” Fellini explained that “Paparazzo suggests to me a buzzing insect, hovering, darting, stinging.”

The paparazzi’s actions have ranged from tragic to outrageously invasive. Who can forget Princess Diana’s death in a car crash in Paris while being chased by the paparazzi. Decades later, Jennifer Aniston was caught sunbathing topless in her back yard by a paparazzo who scaled her fence for a photo while another paparazzo took a shot from a hill 100 yards away. More recently, paparazzi released photos of Kate Middleton sunbathing in a chateau in the south of France.

Charlize Theron has compared intrusion of the paparazzi to rape.

Not all celebs take such an extreme view. Many recognize the symbiotic relationship between celebs and the paparazzi and exploit that relationship to their advantage.

How did it come to this? Why do we need to know every detail about a celebrity’s personal life? There was a time when the public was content to see celebs partying, shopping, or just walking down the street.

Do paparazzi drones cross some magical privacy line? The California legislature thinks so. In 2015, California passed SB 142, a bill that would have made it illegal to operate a drone “less than 350 feet above ground level within the airspace overlaying the real property” whether or not anyone’s privacy was violated.

Governor Brown vetoed the bill, stating that “drone technology certainly raises novel issues that merit careful examination” and that SB 142 “could expose the occasional hobbyist and the FAA-approved commercial user alike to burdensome litigation and new causes of action.”

Even without SB 142, there are still limits. The First Amendment does not give the paparazzi a license to trespass or intrude by electronic means. Further, California has laws that punish such conduct. For example, Civil Code section 1808.8 provides treble damages and fines up to $50,000 when a paparazzo knowingly enters on private property without permission or uses a telephoto lens to intrude on celebrities when they have a reasonable expectation of privacy.

Until we, as a society, stop living vicariously through others, we’re going to continue to need the paparazzi. How else would we know who is dating whom, whether they’re pregnant, whether they want to get pregnant, and if they’re breaking up?

When you hear the buzz of a drone, smile. It just might be TMZ.