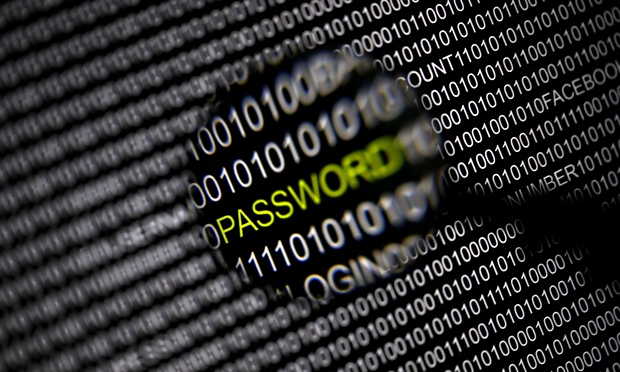 Police face new ethical dilemma in increasingly digital world
“I took a call at five o’clock this morning,” Supt Richard Cooper told me last week. “A girl had texted her friend to say she’d taken an overdose. She couldn’t be found.”

It’s Cooper’s job to decide whether Gloucestershire police should ask telephone and internet companies for customer records that, in this case, could save a life. Requests from any officer in the force must be channelled through a small team at headquarters known as the single point of contact (Spoc). If a designated person, usually a superintendent, believes the interference with personal privacy is necessary and proportionate to the objective specified by the requesting officer, then the Spoc team will ask the communications company for so-called comms data – such as the location of a phone.

“It’s not like the movies,” a sergeant explained. “You don’t see a red dot flashing on a street map. We could be told that the phone is anywhere in an area measuring a kilometre or two across.” But it’s a start, especially if the location is anywhere near the Clifton suspension bridge. On this occasion, the girl was found and her life was not in danger.

The police can obtain comms data under the Regulation of Investigatory Powers Act, known as Ripa. Such data may provide details of where, when and for how long a phone or a computer has been used but not the contents of a phone or email.

It’s a sensitive issue. Last month, the Commons home affairs committee criticised the Metropolitan and Kent police forces for obtaining journalists’ phone records. The committee, chaired by Keith Vaz MP, concluded that Ripa was “not fit for purpose, with law enforcement agencies failing to routinely record the professions of individuals who have had their communications data accessed”.

Detectives in Gloucestershire accept that intrusive powers should be used no more than necessary. But they do not think these tools should be confined to serious cases. “If someone has stolen your bike and you see it advertised online with a mobile number to call, you expect us to find it,” one said.

Senior officers believe ethical problems arising from their powers to access comms data are likely to become more acute as we rely ever more on electronic communication. Forgot to switch on your slow-cooker when you left home this morning? No problem: just message it from your phone and tell it to let you know when dinner’s ready. But what happens when someone hacks into the video camera in your children’s bedroom? Or detectives come across pictures of you punching your spouse?

So chief police officers have told me that they plan to draft a new code of conduct, with a board of ethics to administer it. It would be similar in some ways to the Medical Research Council’s ethics, regulation and public involvement committee. Officers want to consult widely on what the code should contain. The board of ethics could assess individual cases and update the code in the light of experience.

Richard Berry, Gloucestershire’s assistant chief constable, is the national policing lead for comms data – at least until the chief officers’ association, Acpo, is replaced by the national police chiefs’ council on 1 April. To explain why the police need a comms data code, Berry told me about a case his force is investigating.

Detectives became aware of mass access to child abuse imagery. Illegal material had been stored on the servers of an organisation without its knowledge, from which it could presumably be downloaded by anyone who knew where to look.

Investigators found the images had been accessed from 330,000 confirmed IP addresses around the world, of which about 27,000 were traced to the UK. Using the comms data they had obtained under RipaA powers, Gloucestershire police located some of those IP addresses and executed search warrants at people’s homes. They seized computer equipment for examination.

To their surprise, detectives found no illegal images had been downloaded to individual computers. The IP addresses belonged not to the computers but to routers – the hub in your home that connects your device to the internet – which had been hacked using what a botnet. So the suspected offenders whose computers had been seized were entirely innocent.

The assistant chief constable sees this an example of the challenges facing police in an increasingly digitised society. “We could have been more proactive and heavy handed,” Berry said. I take that to mean his officers could have arrested a large number of suspects in the full glare of publicity. Instead, through a series of “slow and tortuous” requests to police forces in other countries, they are trying to find out who uploaded the illegal material and what the criminals planned to do with it.

Berry wants to rewrite the Peelian principles – associated with Sir Robert Peel and summarised as policing by consent – in a way that meets the needs of the digital age. Peel, who established the first modern police force in London in 1829, recognised that physical force should be used as a last resort. Berry suggests there is a need to consider how the police might limit electronic intrusion in the same way.

Surely a code of ethics will make the job of the police more difficult, limiting their room for manoeuvre? On the contrary, Berry argued, without greater transparency there would inevitably be further complaints about officers’ behaviour. “We would potentially be judged by society as being unethical,” he said, “even though we would have been acting within the law.”

In Berry’s view, “the British model of policing by consent means engaging with communities, adherence to proportionality, and creating a new sense of legitimacy”. That meant the police should take the lead in marking the boundaries of the law.

There is likely to be widespread support for the idea of a digital code of ethics. Putting it into words may be more of a challenge.