Punishment for Juror Who Disobeyed Judge: Lots of Jury Duty 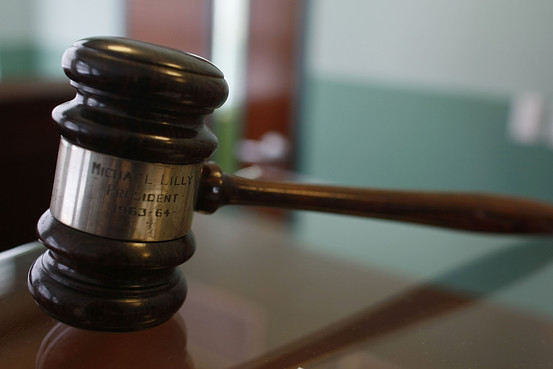 Punishment for Juror Who Disobeyed Judge: Lots of Jury Duty

Jury duty is a civic obligation. But the same penal logic applied to a prospective juror in Florida who failed to follow a judge’s instructions not to read about the defendant in a high-profile murder case to which she was assigned. Her punishment? A boat-load more jury duty.

Alisia C. Carnes had pleaded guilty to contempt for reading about accused murderer Dontae Morris while she was among 200 people who were candidates to serve on the jury in Morris’ last trial in July.

Circuit Judge William Fuente agreed to withhold a formal finding of guilt for Carnes, who works at a law firm that handles mortgage foreclosures and could have lost her job if convicted of a felony.

But Fuente on Monday sentenced Carnes to six months of court-supervised probation, meaning she doesn’t have to report to a probation officer. In that time, she has to perform 50 hours of community service work.

And Carnes is to report for jury duty every other Monday during her probation until she is selected for and serves on a trial. Once that happens, Fuente said, Carnes doesn’t have to keep reporting for jury duty.

Judge Fuente, according to the paper, thought he was clear about his instructions, which he wrote out:

“There has been and will be media interest and reporting in this case,” he told them in July. “And as such it is imperative that every prospective juror not allow himself or herself to be exposed to anything in any of the media related to the accused or anything about this case at any time during the jury selection phase or during the actual trial.”

The judge was careful about weeding out jurors who knew about the man’s prior murder convictions. Such knowledge, he said, could prejudice jurors against the defendant, potentially throwing a wrench in the case.

The next day, according to the paper, Ms. Carnes admitted she read an article out of curiosity. The defendant, who is accused of killing five in a shooting spree, was facing a third murder trial after being convicted of murdering two police officers and another man.

An attorney for Ms. Carnes couldn’t be immediately reached for comment.

According to the Tribune:

Carnes was represented by attorney Clay Hottsinger, who works at the law firm where Carnes is employed working on mortgage foreclosures. Hottsinger urged Fuente to withhold a finding of guilt, saying it could hurt the law firm and Carnes’ career.

“I would ask you to show her mercy,” Hottsinger said.