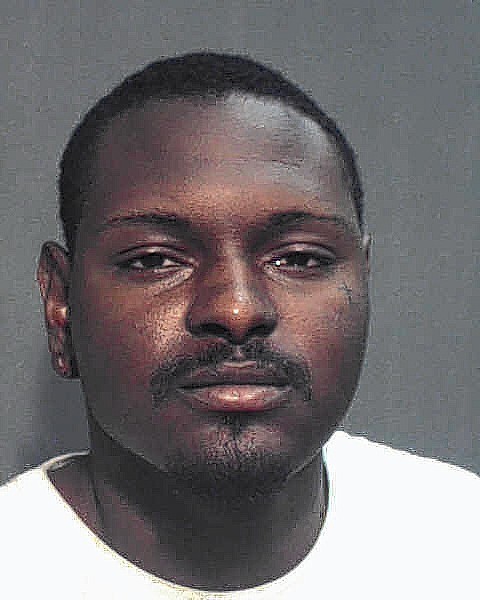 A man with a felony record was arrested late Wednesday after police said he raped a woman in a downtown Orlando parking garage.

Tobias Franklin, 21, a transient, grabbed the woman around the neck from behind in a stairwell on the sixth floor of the public garage at 51 W. Jefferson St. about 6:30 p.m., police said. He put his hand over her mouth and told her not to scream or he would kill her, an arrest report states.

She struggled to breathe as he tightened his grip and covered her nose and mouth, according to the report.

Franklin yanked the woman from the stairwell to the parking deck, where he forced her right arm behind her back and knocked her to the ground, the report states.

The woman continued to struggle to breathe as her attacker choked her and covered her nose and mouth to prevent her from screaming, according to police.

“She was in fear for her life and thought she may die,” officers wrote.

During the rape, a security guard on patrol came upon the attack and the rapist ran away. The guard called 911 and got out of his car to help the woman.

Police arrested Franklin a few blocks away near Robinson Street and Hughey Avenue. He was wearing a white shirt and carrying a black book bag and an identification card from Orlando Rescue Mission, according to the report.

A man who was working out in a nearby gym told police that a stranger wearing a white shirt and carrying a black backpack hurried through the gym about the time the rape was reported and left on the Robinson Street side, heading toward Garland Avenue.

Franklin was being held late Thursday at the Orange County Jail on charges of sexual battery, kidnapping, false imprisonment and battery. No bail was set.

Last year, Tobias was sentenced to 71 days in jail for stealing a $3.25 ice-cream sundae from an ice-cream shop on Orange Blossom Trail near Church Street.

In December 2011, he pleaded no contest to burglary and petty theft and was sentenced to 120 days in jail.