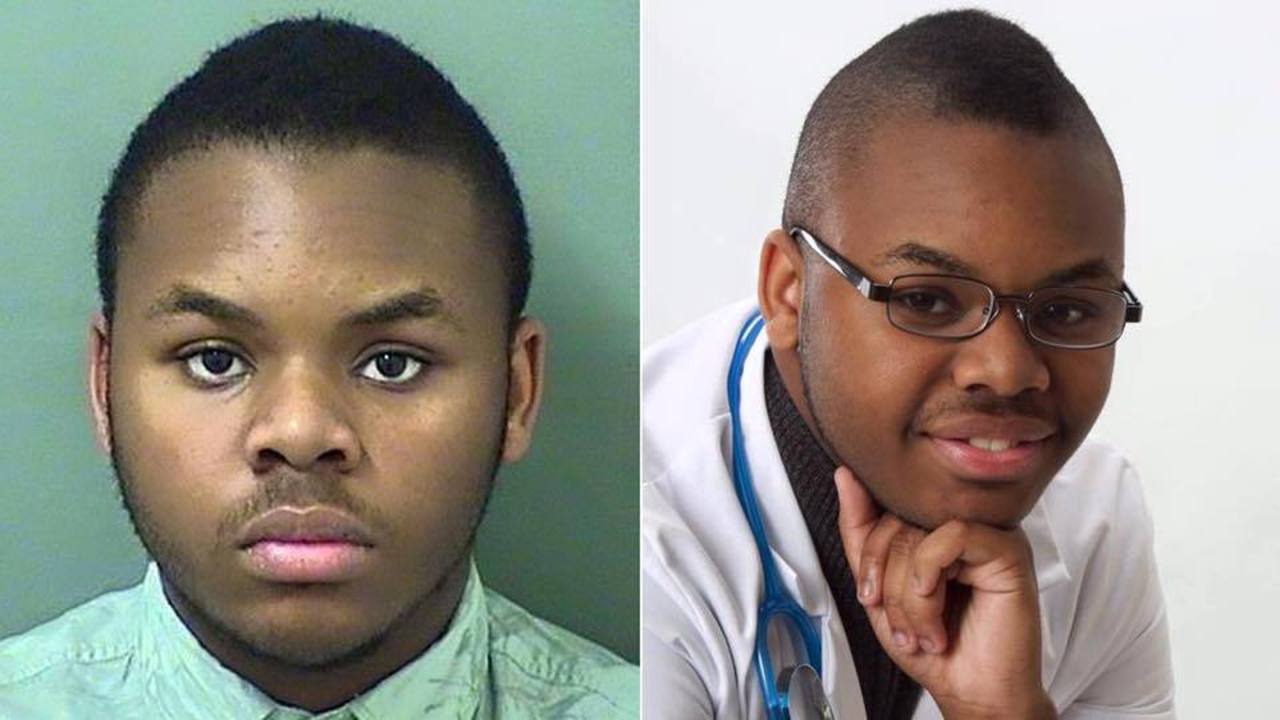 WEST PALM BEACH, Fla. – A West Palm Beach teenager accused of posing as a doctor has been arrested again.

According to a probable cause affidavit, an 86-year-old woman filed a report in January after discovering that Love-Robinson “had stolen, cashed and forged her personal checks.” Further investigation revealed that Love-Robinson had also used the woman’s checking account information to make $34,504 worth of payments to his auto loans and credit card accounts.

Love-Robinson was arrested last month on a charge of practicing medicine without a license.

According to a probable cause affidavit, Love-Robinson treated an undercover deputy at his office while wearing a white physician’s coat and a stethoscope around his neck. The deputy wrote in her report that Love-Robinson took her blood pressure and gave her a physical examination, telling her that her “lungs were clear” and her “heart sounded strong.”

In a newly obtained Florida Department of Health investigative report, Love-Robinson claimed to hold degrees from Arizona State University and Southwest College of Naturopathic Medicine & Health Sciences, both in Tempe, Arizona, but the school registrars found no records of Love-Robinson’s enrollment at either institution.

The report said that Love-Robinson claimed to be a doctor of homeopathic medicine.

Love-Robinson told ABC News in a recent interview that he was a doctor, but not a medical doctor.

“I do currently hold a Ph.D.,” he said. “In what, I don’t feel comfortable disclosing.”

Love-Robinson attorney argued in court Wednesday that the new grand theft and fraud charges are related to the previous investigation, and the judge agreed. The judge ordered that Love-Robinson be released, provided that he not practice medicine, undergo a mental health evaluation and have no contact with the alleged victim.