When I Attended My Former Wife’s Wedding 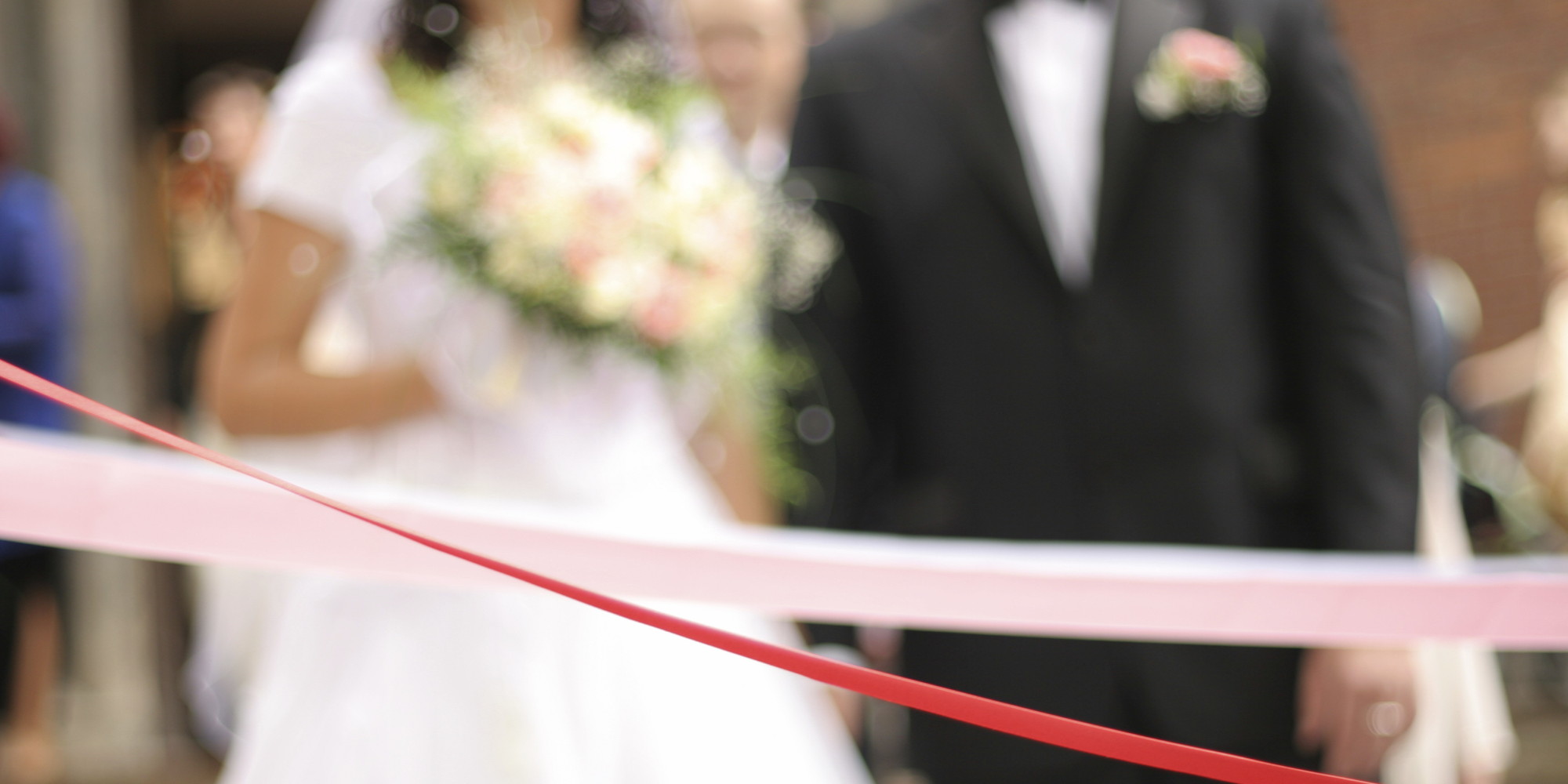 When I Attended My Former Wife’s Wedding

This is an excerpt from my forthcoming book, Divorce: A Love Story, co-written with my former wife, Anne Menkens. The book is available for pre-order now, and will be out on October 15.

On a sunny June day in 2009, I attended the wedding of my former wife, Anne. The small church included many people who had been at our own wedding 14 years earlier, including my mother, who sat beside me. One person who had not been in attendance at our own wedding day was our daughter, Lillian, born two years after we wed. My heart swelled with pride as she delivered a reading from Margery Williams’ book The Velveteen Rabbit to celebrate her mother’s re-marriage. Anne and I have often laughed about the readings we chose for our own wedding, which all, somehow, had to do with not getting too close.

One of those readings was Khalil Gibran’s ever-popular On Marriage, which included the evocative phrase, “make not a bond of love…” In fact, over the years, I have experienced a deep bond with Anne, particularly now that our relationship centers on parenting, rather than picking over the entrails of a failed romance.

Fifteen years ago, when we were still trying to salvage our marriage — we had spent years in couples’ counseling — our therapist asked: “Why would you want to be someone somebody settled for?” Why, indeed?

The only answer we could honestly give was the love we each felt for Lillian, then three. We didn’t want to ruin her life by getting divorced.

We were, however, fundamentally unhappy. Although our daughter was still young, we feared she would become ever more aware of the gap between what we were saying and what we were living out on a day-to-day basis. It would be disingenuous to say that we divorced “for her” — we didn’t. But we knew that staying together would not have guaranteed her happiness either. And we resolved to do everything in our power to keep our marital failure from becoming a parenting failure.

In the summer of 2001, when we agreed to split up, Anne said to me: “Well, there’s no person I’d rather be divorced from than you.” The mother of all backhanded compliments, I thought at the time. Years later, it turns out, truer words were never said. Our now 17-year-old daughter is well-adjusted, Anne is happy in her new marriage and, though this will sound odd to some and worse to others, we have thrived in divorce. In fact, I dare say we have found true love with one another — without the romance. In some ways, then, our love story begins with our divorce, rather than ending with it.

Years of work in therapy, of low-level resentment and mutual frustration, led us to the moment when our therapist asked the question we could not answer. There is a form of loneliness perhaps worse than any other, the loneliness of being in the wrong relationship. Once we recognized that, ending the marriage was the clear choice for us. And though we have had our ups and downs since, one of the true gifts of the divorce has been the way our relationship has matured.

Thankfully, we have never really fought about money, even when we didn’t have a ton of it (when we drew up our separation agreement years ago, the attorney with whom we met said he’d never seen a divorcing couple have a less disputatious relationship when it came to material possessions. We joked that there was only so much water you could draw from a rock). We have managed a joint-custody arrangement through a series of life transitions and have generally been on the same page about our daughter. To our surprise, sorting through the conflicts that do inevitably arise has not only served our co-parenting, it has also deepened our own connection.

We are now more honest with each other. We are capable of getting mad and then getting over it. One form our mutual love has taken is a capacity to root for each other, to revel in each other’s achievements, to wish the best for one another. That is what I experienced during Anne’s wedding. As my mother and I witnessed the exchange of vows from the back of the church, the truth of the moment became crystal clear — Anne’s new husband, Greg, loved Anne in a way I had not.

Parenting without the weight of the marital failure has been freeing. The feelings of a relationship ended are not neatly secured in a trash bag, disposed in a dump, never to be thought of again. Fragments remain. But they need no longer control us. And what is left is a deep, abiding love.

A couple of years ago, Anne and I were having lunch together and I shared with her some relationship struggles I had been having. Anne listened attentively and offered some useful insights; she certainly knows me and my history. As we were parting, not sure how to end the conversation, she said: “Well, good luck with that!” I chuckled over that line for days.

Anne is a dear friend. More than that, a family member, even if there is no such legally recognized category for us. But that part of my life is not her problem anymore. I took profound solace in the clarity that Anne’s little parting sentiment represented. Anne’s presence in my life has been a gift, and not just because we had a daughter together whom we love more than anything.

It turns out that Anne was the best person I could hope to have been divorced from.